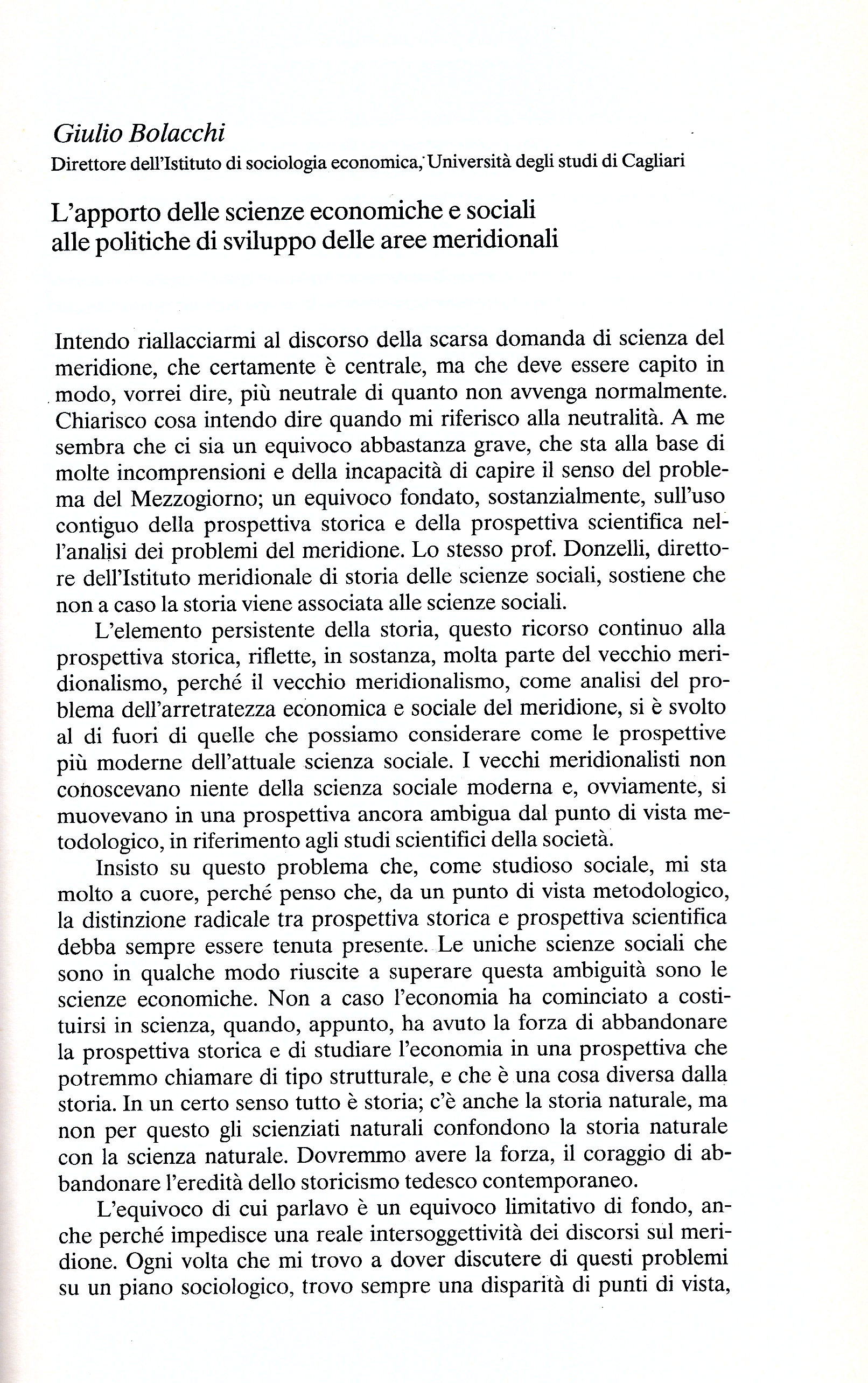 A fundamental misunderstanding underlies much incomprehension and the inability to recognize the meaning of Southern Italy’s problem. It is a misunderstanding based ultimately on contextual and contiguous use of the historical and scientific perspectives. The extended use of the historical perspective reflects much of the old-fashioned analyses on the economic and social backwardness of Southern Italy, carried out outside of the most modern perspectives of social science. This fettering, fundamental misunderstanding prevents an authentic intersubjective discourse on the South and accentuates another difficulty: while economists extensively use explanatory models, social scholars do not use explanatory models. The need for scientific clarity and rationality is at the basis of natural sciences and, to some extent, the development of economics. However, it has hardly touched sociology.

The “economistic” view and the interventions implemented according to economic analyses have not affected the social context. Thinking about social science and the emerging economic rationality, which could be regarded as the spirit of capitalism, we could say that South society is still tied to old-fashioned traditional patterns. Old scholars studied Southern Italy’s question as a grievance or complaint. However, it was not a complaint in favor of a change in society, whose culture had, on the contrary, to be protected, but merely an economic-type complaint dissociated from any widespread attitude change. That is the crux of the whole problem.

The volume collects the contributions from the first to the fourth session of the permanent Forum on the Southern Question, promoted by the Aldo Moro Academy of Historical Studies. The Author’s contribution relates to the third Session, “Human resources for research in Southern Italy: the social sciences”, held in Bari on 13 and 14 October 1988.