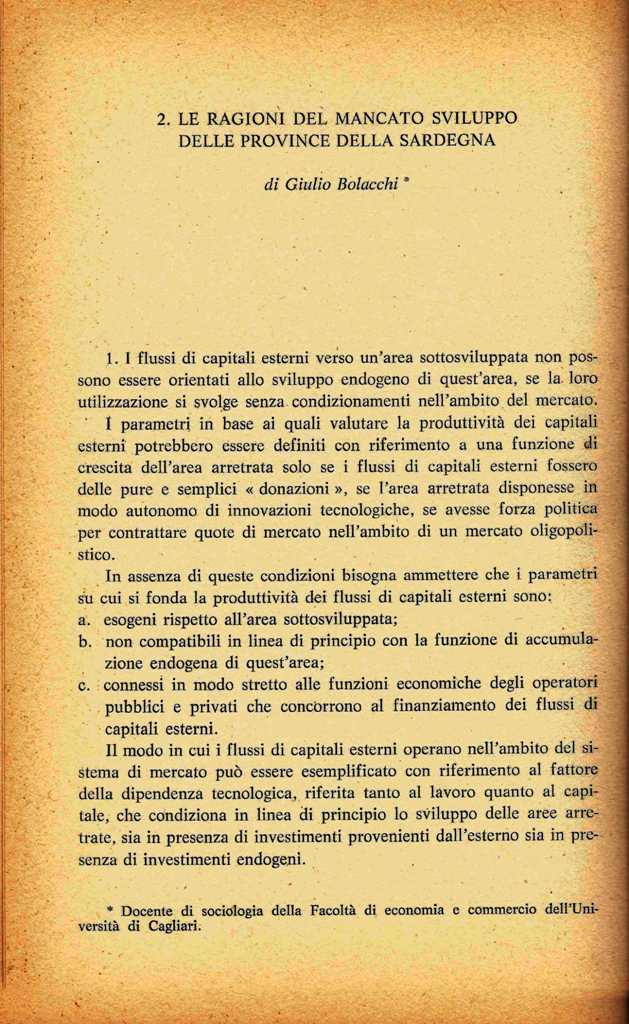 The technological dependence of capital is a variable related to technological innovation and technological indivisibility. The first is a social variable dependent on the level of scientific research; it also influences the level of education and training of the labor factor and is unavailable, in principle, within the underdeveloped area. The second is realized in the production of capital goods and depends on the production function of the enterprises usually operating in advanced economic areas; it entails an over-dimensioning of the production function relative to the market available to enterprises in the underdeveloped area, which negatively affects the efficiency of their production combination.

Direct or indirect incentives to locate industrial enterprises in underdeveloped areas are not sufficient to create the conditions for endogenous development. It is necessary to consider the independent macro-variables of the transition from underdevelopment to development to eliminate oligopolistic barriers that prevent an endogenous development process. These variables, which could be briefly designated as preconditions for the development, are the available technological and organizational innovations and the political strength for negotiation.

The article was published in the proceedings of the symposium: “From underdevelopment to development in Sardinia: with particular reference to the province of Nuoro.” The debate focused on the validation, within a specific regional sub-area, of the growth model formalized by G. Bolacchi, G. Sabattini and T. Usai to explicate the transition from underdevelopment to development (published in Oligopolio e crescita economica [Oligopoly and economic growth], FrancoAngeli, 1985).