PUBLICATIONS > Some remarks on the concept of democracy in Schumpeter 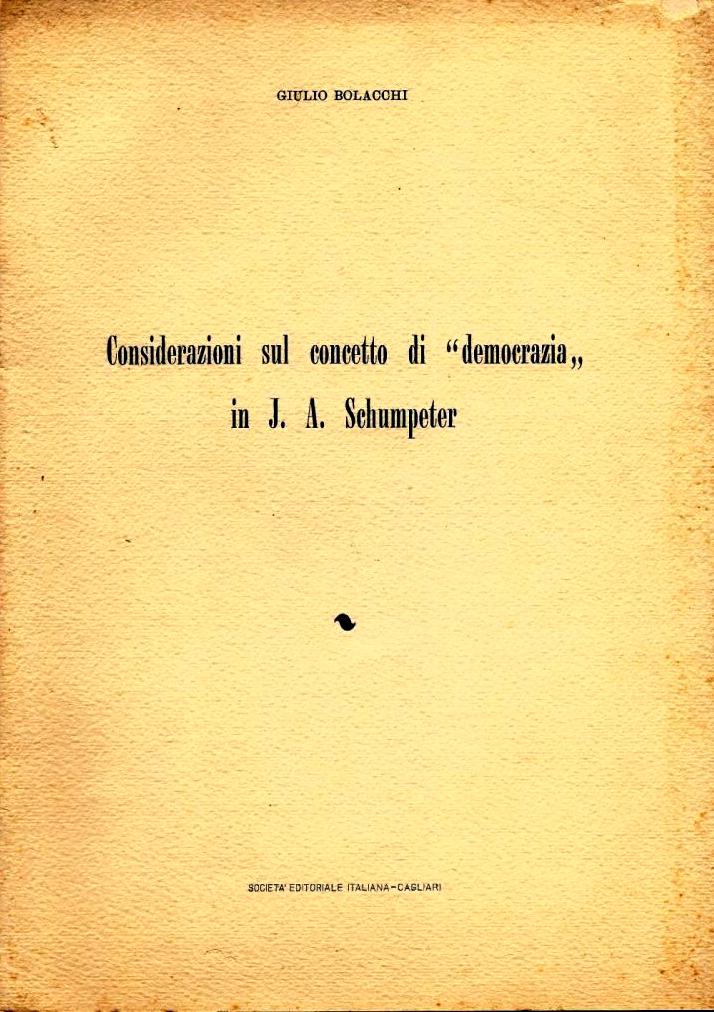 The concept of “democracy” does not seem among the clearest in political science and praxis. It usually encompasses a set of historical, sociological, and philosophical elements and assumptions so varied and heterogeneous as to alter its essential features and obfuscate a synthetic and methodologically sound view.

Schumpeter proposes, as an alternative to the classical concept of democracy as “identity between individual will and common will,” a doctrine of democracy as a “competition for political leadership.” This definition of the concept of “democracy” succeeds in overcoming the main difficulty of the classical doctrine–which cannot explain “because both the will and the good of the people may be, and in many historical instances have been, served just as well or better by governments that cannot be described as democratic according to any accepted usage of the term” (Schumpeter, Capitalism, socialism, and democracy, 1954)–and is more appropriate to the complex social reality to which it refers. However, many difficulties remain which make Schumpeter’s characterization of democracy unsatisfactory. That is because the social phenomenon in question presents an array of variables that cannot be explained except through a consistent and congruent characterization of human behavior not yet reached when he worked out his hypothesis.

Considerazioni sul concetto di “democrazia” in J.A. Schumpeter
[Some remarks on the concept of “democracy” in J. A. Schumpeter]

Power and social structures
Reflections on a Revitalization Plan for Sardinia