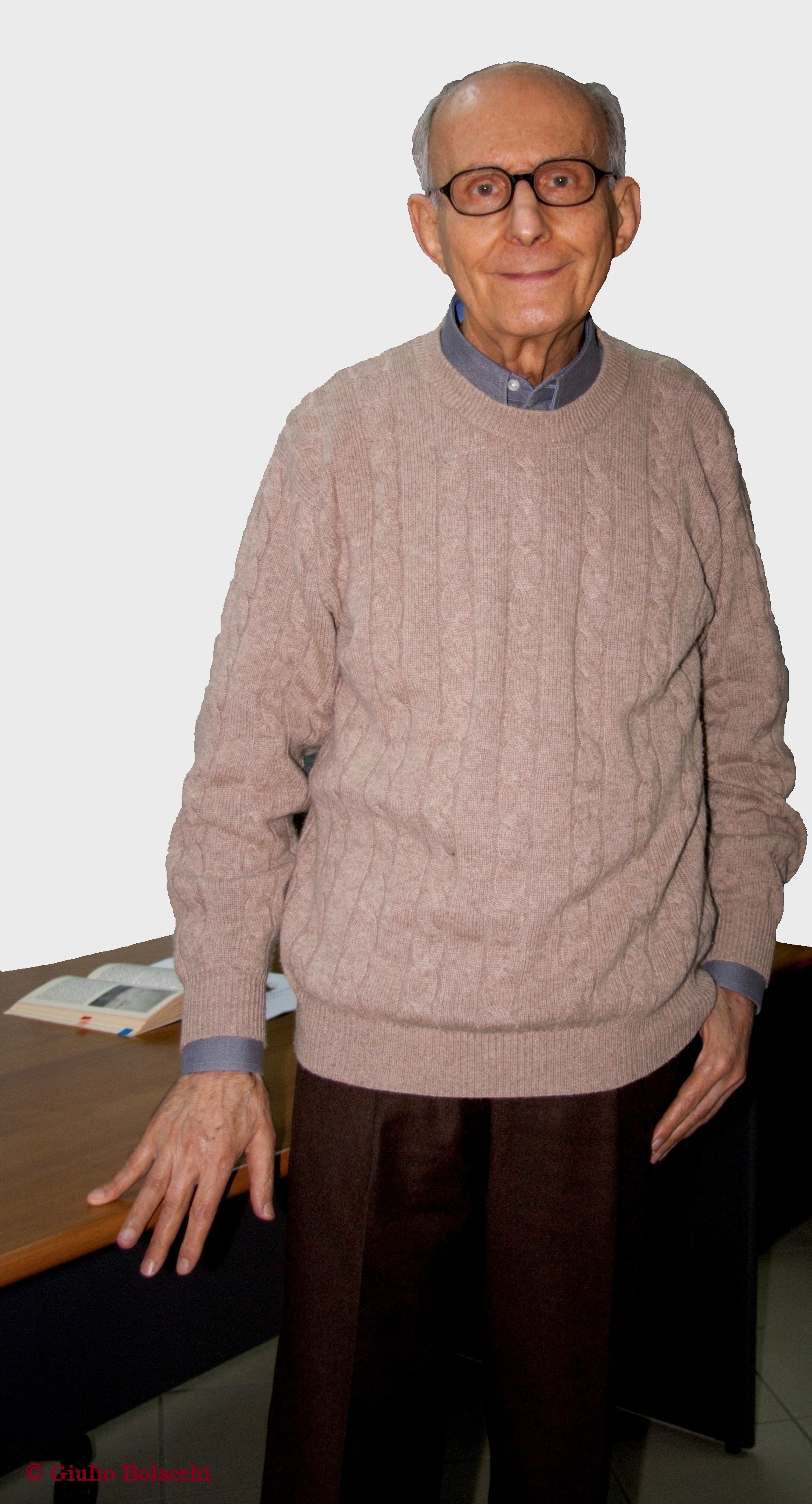 On this website, I try to give an overview of my research activity and the paradigm for the integration of the social disciplines that I have formulated in a perspective of generalization of the Galilean scientific method to the field of study of (individual and social) behavior.

1In the “paradigm” section, I present in summary the basic concepts (pertaining to the theory of interests and the corresponding experimental analysis of behavior, as well as to the paradigm of scientific language) that define the theoretical paradigm that I have formulated to explicate social interaction and attempt a scientific integration between social disciplines (in particular, economics, psychology, sociology). My teaching activity in the university and post-graduate high management education also conforms to this paradigm, whose general lines are illustrated on the page devoted to brief biographical notes about me. 2In the “publication” section, I offer some short excerpts (in addition to bibliographic references) of my works, which supplement some of the concepts presented in a more schematic and structured way in the “paradigm” section. 3I would also like to mention the video interview realized by Behavior Analysis History, where I address some issues about social sciences and the impact of this field of knowledge on the current social and democratic system.

The schematic explication of the basic concepts of the unitary theoretical paradigm in the field of behavior and social science is presented by reference to the wording in my published works without further elaboration (although my research activity is ongoing). Some more analytical developments related to the fundamental concepts, even then taken from the body of my published works, are also presented.

Below is the table of contents of the paradigm section.

The Theory of Interests

The Field of Interests

The Positive Involvement and the Conjunct Interrelation

On the conjunct interrelation ♦ Altruistic behavior

The Negative Involvement and the Disjunct Interrelation

On the disjunct interrelation ♦ Overcoming conflict

On the crossed (reciprocal) negative involvement ♦ The economic interpretation of the exchange and competition ♦ Preference, instrumentality, utility and choice ♦ Public goods and free riding

The case of the collectivist society ♦ A case of deviant power: the appropriation-expropriation of public functions as a dysfunction of pluralist systems ♦ Social organization models: the distributive egalitarism and the principle of retaliation ♦ Deviation and social facts: subcultures in support of and subcultures in opposition to deviation ♦ Public interest and legal order: the case of measures relating to the kidnapping for the purpose of extortion ♦ Behavior science and a non-ideological society

The Experimental Analysis of Behavior

Obstacle to the Diffusion of the Science of Behavior

Overcoming the Human-Nature Dualism: the Experimental Definition of Behavior

The experimental analysis of motivation ♦ On the reinforcement process and discrimination ♦ An example of secondary reinforcement: Cailletet’s experiment on liquefaction of gases ♦ An application of operant behavior principles: The programmed instruction ♦ Dysfunctional effects of punishment in educational institutions

Operant Behavior and the Social Environment

The Theory of Interests and the Experimental Analysis of Behavior: Correspondence Relations

The intensity of interest and the compactness of operant sequences

Methodological Foundations: Language Structures and the Language of Science

Language as a Semantical and Syntactical System

The Language of Science

Aristotelian intuition method and Galilean experimental method ♦ Theoretical predicates and experimental predicates within the language of science ♦ On the concept of functional relation in respect of time variable ♦ On structural dynamics and cumulative dynamics: the concepts of time order and time direction ♦ The logic of change within science

In this section, you can find information about my main published works: a page for each work, which contains the publication details, the table of contents, short excerpts (also collected in a summary page), and bibliographical references. The main subject areas I have addressed in my scientific activity are attributable to the following areas.

Methodology and Language of Science 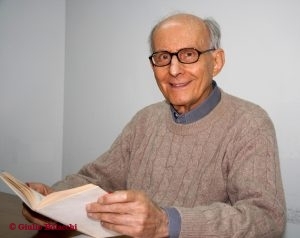 The Study of Language Structures

«Once excluded, from the domain of scientific research, the study of meaning and considered the latter as a methodological presupposition (distinct from the fact) at the foundation of psychological and praxeological perspectives, still a third important perspective remains, which is the semantical perspective. Likewise, the semantical perspective directly concerns the meaning and is based on the latter; it consists in identifying and characterizing signs and language systems. This third type of structure translates into logic in a proper sense (semantical and syntactical study of signs and language).» (Metodologia delle scienze sociali [Methodology of the social sciences], p. 6) IT 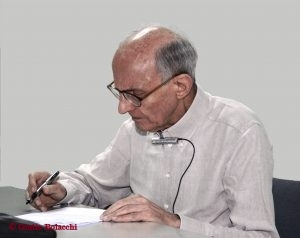 The Scientific Language and Method

«Each type of description, judgment, prescription, and explanation corresponds to as many types of languages, which may be more or less rigorous but (except for scientific and logical-mathematical languages) always have a common-sense experiential character: they explain phenomena experientially. Only the scientific-language terms have an intersubjective meaning. The logical-mathematical language is tautological because it expresses transformation rules; we can also consider it as intersubjective because of its close compatibility with the scientific language.» (Il sequestro come fatto sociale [The kidnapping as a social fact], p. 137) IT 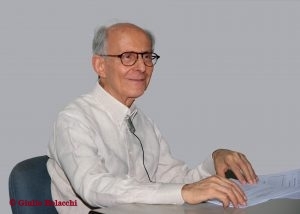 Methodological Issues about the Social Sciences

«The acritical postulate of the radical incompatibility of the natural-science methods and the social phenomena corroborates the idea of the social sciences as “non-experimental sciences.” It is a sort of “mental block” that still distorts social research in the bud, preventing scholars from reading the “great book of nature,” social nature. That is the same Aristotelian perspective that has hindered scientific knowledge of nature for two millennia.» (Le scatole vuote della sociologia [Empty sociological boxes], p. 55) IT 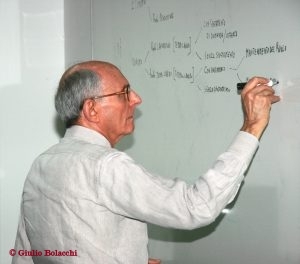 «The boundaries of science are determined not so much by the objects but, in terms of comparability, by the latter and the method (meant as the controlled experiment against common-sense experientiality). And the scientific method can also apply to those human phenomena, such as the behaviors, which, being able to be analyzed on the experimental level, fully belong to the world of nature, as Darwinian analysis has shown, and subsequent advances in biology and biochemistry have confirmed.» (Il sequestro come fatto sociale [The kidnapping as a social fact], p. 209) IT 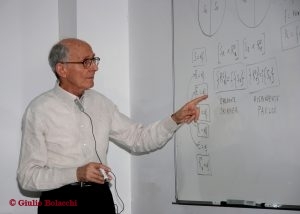 The Structure of Social Interaction

«The most general element characterizing, in the proper sense, social interactions have to be identified in the community of interests based on interrelation. The interrelation rests on the phenomenon of integration of interests, which qualifies any social group in structural terms. It results from two complex and interdependent factors: the community of interests (such that interests can have common objects) and the interrelation between interests (such that interests can be the object of each other). And it is the fundamental element of cohesion of any social group.» (Potere e strutture sociali [Power and social structures], pp. 20-21) IT 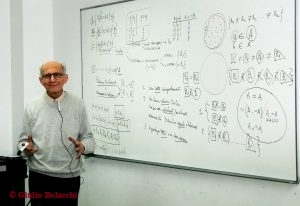 Social Structures and the Organization

«Does the dichotomy between society as integration and society as coercion and conflict remain valid? Or is it not possible to formulate a more general unitary sociological perspective that explicates the two aspects (integration and conflict) in terms that are not mutually exclusive on a theoretical level?» (Potere e strutture sociali [Power and social structures], p. 13) IT 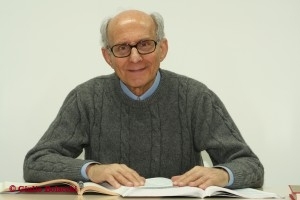 The Analysis of Social Systems

«Scholars of social disciplines do not always realize the weakness of their analyzes, barely protected by statistics used without theoretical reference hypotheses on the social context. The scientific analysis of behavior is opposed by a type of research that replaces the scientific explanation with a set of explanations whose prevailing reference points are descriptive and evaluative components.» Il concetto di organizzazione secondo il paradigma scientifico [The concept of organization from the scientific paradigm, pp. 283-284) IT 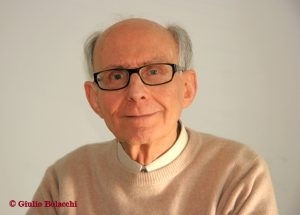 The Problems of Development

«Development modeling presupposes a “specific development,” characterized by variables and parameters that refer, in principle, to advanced industrial societies, namely to those societies where economic rationality is widespread. But what if the socio-economic fact to be explained does not conform to those characteristics, as is the case in most economic systems in the Third World and semi-industrialized world? Must we wait for these economic systems to become explainable according to the current formalized development models? Or should we change these models, focusing on constructing more abstract theories that make it possible for the analysis of underdevelopment to make that explicative leap that allows it to carry through a unifying discourse between economic variables and socio-psychological variables?» (Oligopolio e crescita economica, pp. 17-18) IT 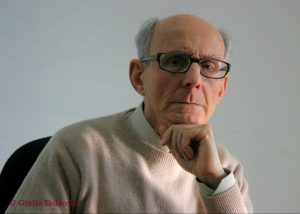 «Overt or latent forms of methodological anarchism have slowed down the unification and systematization of the studies on development so far. Such an objective is crucial not only on the level of knowledge but also because it directly influences the social and economic context and the public intervention policies. These policies have otherwise to take place without those intersubjective reference points that only could rationalize the short-term propensities of conflicting social and political groups.» (Politiche di sviluppo, innovazione, parchi scientifici e tecnologici [Development policies, innovation, science parks], p. 69) IT

Sentences from other scholars

On the home page, some sentences from other scholars are quoted. To control the scrolling, use the arrows that appear on their sides.

Credit references for the English translations of Italian Authors’ works ►

The Divine Comedy of Dante Alighieri. The Italian text with a Translation in English blank verse and a Commentary by Courtney Langdon, 3 volumes (Cambridge: Harvard University Press, 1918, 1920, 1921) The text is in the public domain. (External link 1, external link 2)

‘Epistle to Posterity’ I. Some love songs of Petrarch translated and annotated and with a biographical introduction by William Dudley foulke, ll.d, Humphrey Milford Oxford University Press. The text is in the public domain (External link)